So, I have been lax in posting here. I tend to do that when I'm dug into a project.

First, a confession: It wasn't my NaNoWriMo project. I was buzzing along with NaNo and the day after my last post I got a request for the full manuscript from Harlequin for Mountain Man:MD (which I'd entered into SYTYCW). I really didn't expect it. I still have a manuscript under consideration with HQN, and since I hadn't actually gotten to any medical situations in the first uploaded chapter, I'd already decided I should probably start thinking about reworking the story for Special Edition or SuperRomance. I stopped revising it when I didn't make it to round two of the competition, and shifted focus to my NaNo synopsis for Savvy's Bootcamp.

I sent off the first half(which had been revised) and have already gotten notes back on that and am working those notes into the revision process. But, I've had such a good reaction from everyone with this story that my husband says I'm no longer allowed to bemoan how much I suck as a writer.(So I'll stop doing that for, you know, a week or two *hah*)

So you can guess what else I have to report: I have once again sidelined eWife(my NaNo project). A bird in the hand, and all that. I have story guilt though, and I'm planning on digging back in December or January at the latest. Writing a book and revising another in one month was a little too much for my little brain. 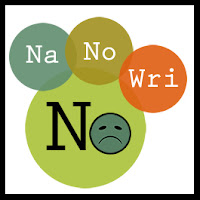 Next year, I MUST resist the lure of NaNo. I always start with such good intentions. I can write a book in a month(Mountain Man was written in 16 days), just apparently not when it's in a NaNo month. But it's hard to feel too bad about that right now aside from letting down my Savvy team. That's why the frowny face. -->
Posted by Amalie Berlin at 2:56 AM 2 comments: 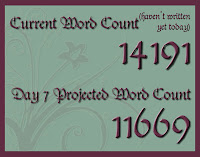 NaNoWriMo bootcamp going well so far. It's really all about the public humiliation with me, getting my word count down everyday. Apparently, I'm crazy. Who knew? (Besides everyone . . .)

So, my SYTYCW entry didn't make the top 28. Didn't expect it to--I just don't have a very big social media presence. Instead, I used the contest deadline as a motivator to crank out a first draft in 16 days! That's an all time best for me. I can't say I write well under pressure, but I can write without the infernal editor slowing me down. You know, so long as there's that threat of public humiliation. Now it's resting, along with my ZombieRapunzel, in the ToBeEdited pile.

I figured that if I can write 50K in 16 days, surely I can actually do NaNo... so long as there is a threat of public humiliation! Signed up with Savvy Authors for their NaNo Bootcamp with the Entangled Indulgence editors. This let us run our synopses past the editors to get feedback on the story we meant to write for NaNo. Very helpful! For the NaNo portion, we're all on teams and if you don't pull your weight you don't help your team. I did 7K words in 3 days, not too bad, guess it's working. Hope I can keep it up.

Meanwhile, I'm still trying to finish up my scarf project, learning needle tatting because it's awesome and after I get done with this Victorian Bride Home Study course I'm going to have a vast repertoire of things I can make at home(but that are much easier to buy): granulated sugar(yes you can make it at home), cheese, butter, jelly, ice cream, candles, yeast colonies, blankets, sweaters, scarves, and now lace for jewelry and flimsy underthings. None of that is particularly practical, but at least in a zombiepocalypse I'll be warm, have cheese, and feel pretty. Because nothing makes you feel pretty while running for your life like lacy underwear.
Posted by Amalie Berlin at 4:29 AM 5 comments: