I did this a while back for a lady who'd emailed a request, but never put it on the blog. I also never heard if she successfully made the thing based on this mess of instructions, but ... HERE IT IS! 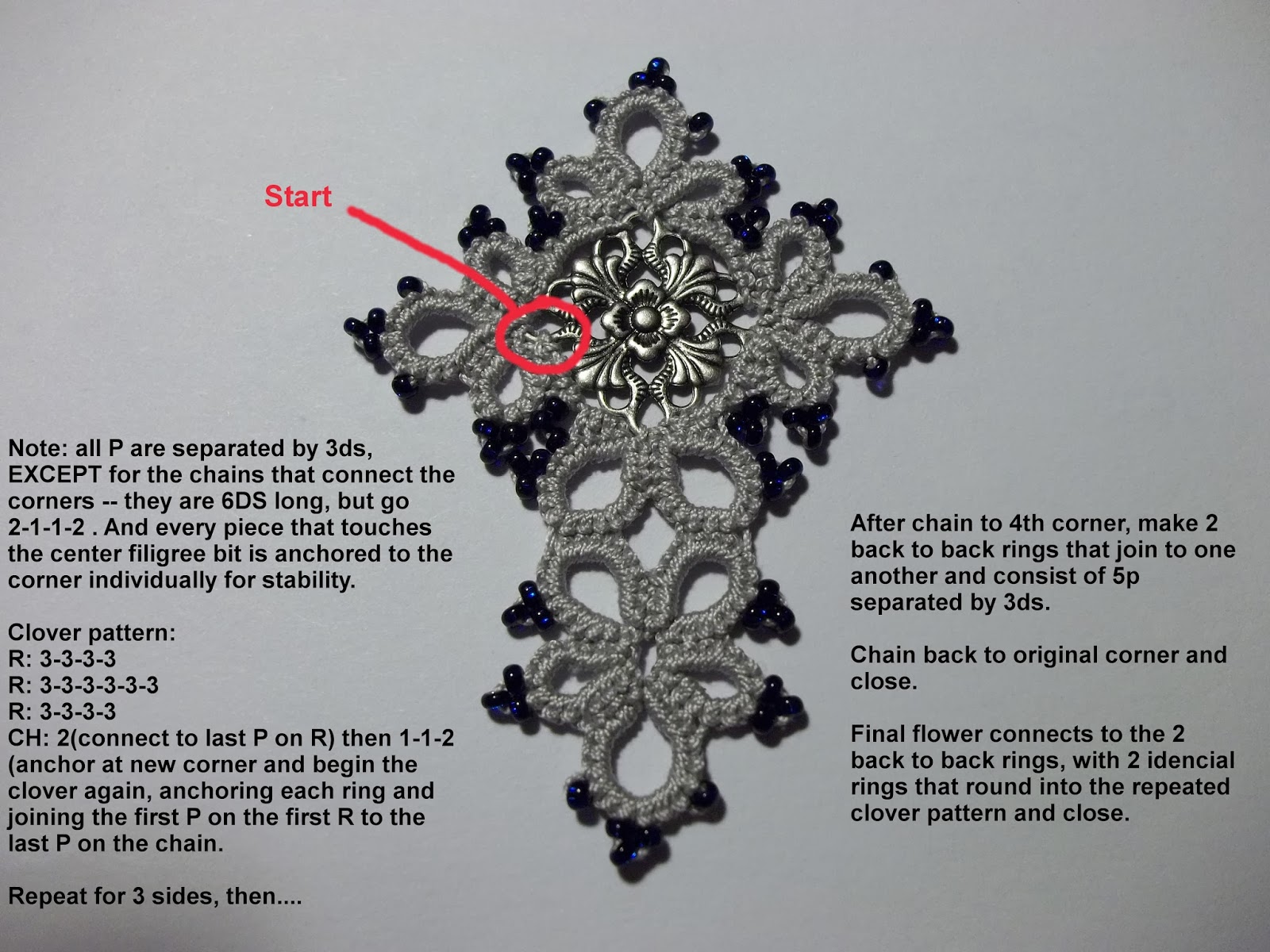 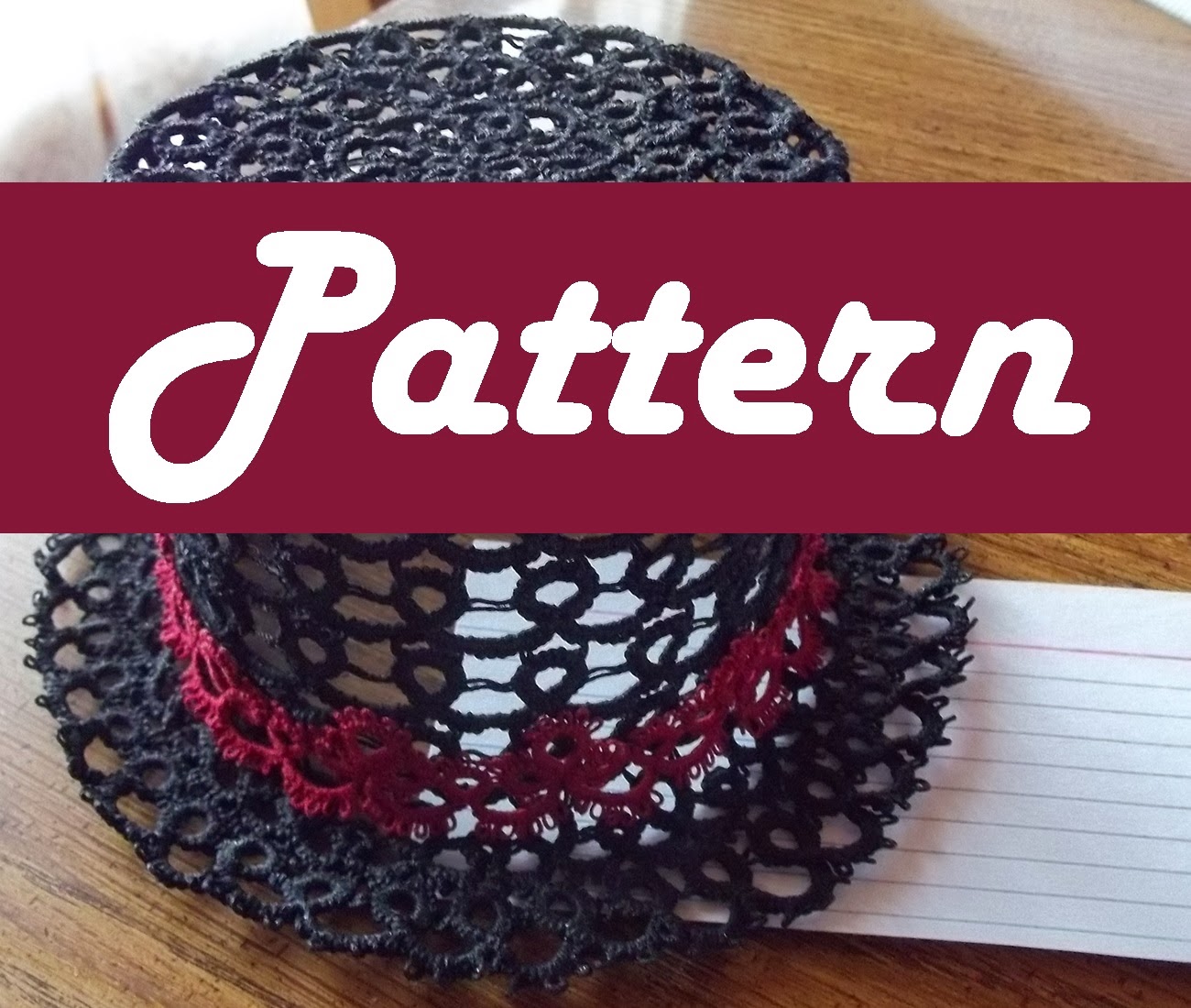 Reposting here what I posted by request on the InTatters forums: How to make the little tatted top hats.

Once lace is finished, fit to form and apply stiffening agent.

Repeat around. End picots of sides of clover and sides of ring join. Last ring should join first clover, so it makes a band.

This is as close as I’ve gotten to a good fit on the outside of the hat. Looks nice when beaded.
Posted by Amalie Berlin at 6:16 PM 14 comments:

So this topic has been spoken about at length on some of the boards I frequent, but came up again tonight in email with another Baby-Writer friend. Thought I’d just fling it up on the blog, since I tend to neglect my blog when I’m actively writing a book and it’s all about MASSIVE NUMBERS OF POSTS between books for me!

So… The second book I wrote after selling to Harlequin was epic hard for me(Uncovering Her Secrets). This was before my first book came out, so I didn’t think it actually qualified for Sophomore Book Syndrome—I didn’t have a public image to live up to yet because the public might have hated book1! But it was incredibly hard for me to write.

Book3(Circus book – Return of Dr Irresistible) I thought was gonna be a breeze. I was so excited about the story, the setting… the Every Thing. My fabulous editor was letting me run AMOK. It was all gonna be AWESOME. But? It was so freaking hard to write. I decided the reason was that since they were letting me outside the box, do anything I want... that meant IT HAD TO BE PERFECT. Actually, it had to be better than perfect. Because why make the readers take a risk with a circus story when it's no better than a normal everyday setting? If they’re already taking a gamble with the book, that gamble has to pay off.

Right now? I am working on book4 and I'm at that SUPER EXCITED phase of limitless possibilities and I’m sure it’s going to be easier to write than the others (haha) I haven’t had to put my money where my mouth is—it’s already perfect because it’s all still in my head. I get this way at the start of every book—aside from book2, that book was freaking hard the whole way and I hated it until the last revisions when I suddenly loved it. Every book has been hard to write except book1(Craving Her Rough Diamond Doc) which was insanely hard during that phase where it was rewritten. Twice.

The difference between the first draft of every other book and the first book? I didn't really know what I was doing when writing book1. I was just painting with my toes to see what would happen! No pressure because no one would want to read it anyway, right? I got to do what I wanted, when I wanted... But now? Now I put pressure on myself to live up to the first book. And then I think things like: Maybe I could only write it vividly because it was set in Appalachia and I know the people and the area so well? Maybe it was because the heroine was a version of me, and I knew her so well. Maybe it was because I based the hero on Joe Manganiello and I was just SUPER MOTIVATED... and really good at picturing Joe Manganiello without his shirt on... Mmmm Joe without a shirt...

I had a point... before Joe distracted me.

OH YEAH. That feeling that comes after you’ve gotten to work on a book and you know it’s all crap, and no one will ever want to publish it, and they will hate you and kill your kitten because HOW ELSE WILL YOU LEARN NOT TO WRITE SUCH CRAP?! That? Everyone feels it. And we all try to rationalize it away because if we can explain why it's happening, then that means we can try and control it. GI Joe told me: Knowing is half the battle! And I believed that crap.

But really? GI Joe left off one important detail:
You still have to fight the freaking battle.
(Go Joe!)

All those reasons I gave myself about why each book was so hard to write were true in part, but mostly they were just my way of giving myself something that I could identify to fight when I was struggling to get through it. And every one since the first draft of book1 have been a struggle... (Book1 was a struggle in the double-rewrite portion of its existence.)

Writing fiction is hard. I might be me deluding myself again, but I think that the first X-number of books are going to keep being really hard. Because every time I write a new book, at least at this phase, I’m learning great gobs of lessons--the kind of lessons that are hard to put into a single HowToWriteAFrigganAwesomeNovel craft book... I’m still behind the curve, but at some point... I’m going to get ahead of it. And it's going to get LESS hard. Not easy, it is never going to be easy... but it's going to make me stop wanting to chew through my own leg to get out of the animal trap(aka: My Contract which I frequently doubt I can ever fulfill).

No matter where you are in your writing career, if it's really hard, keep running to catch up with the curve. You will catch up with it. You will get ahead of it. It's only the first five books that are this hard(I'm fixin to start writing book4, which I'm pretty sure is going to be hard, but book5 will be the sweet spot, PLEASE GOD...)

To sum up: If at the end of writing a book you look like this http://marlenebaer.files.wordpress.com/2007/10/drowned-rat.jpg ? You’re probably doing it right. (I just linked because I don’t own the copyright and I’m all sorts of touchy about that, but I couldn’t find a commons picture that conveyed the same feeling!)
Posted by Amalie Berlin at 10:38 PM No comments: 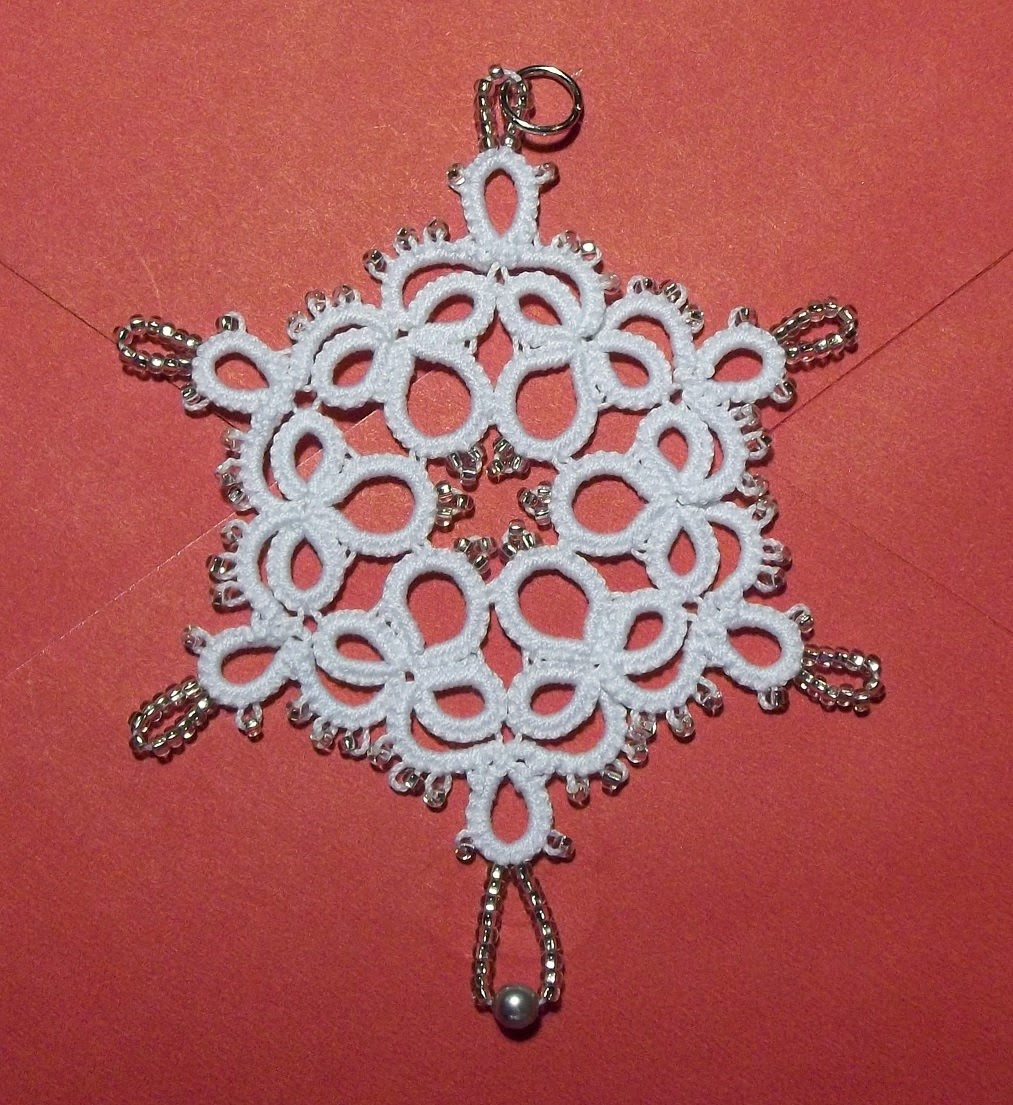 I did have several small tatted projects for Christmas, and one very large one... but I can't find the pictures I took of  the large one, so a picture of the small one!
Posted by Amalie Berlin at 9:07 PM No comments: